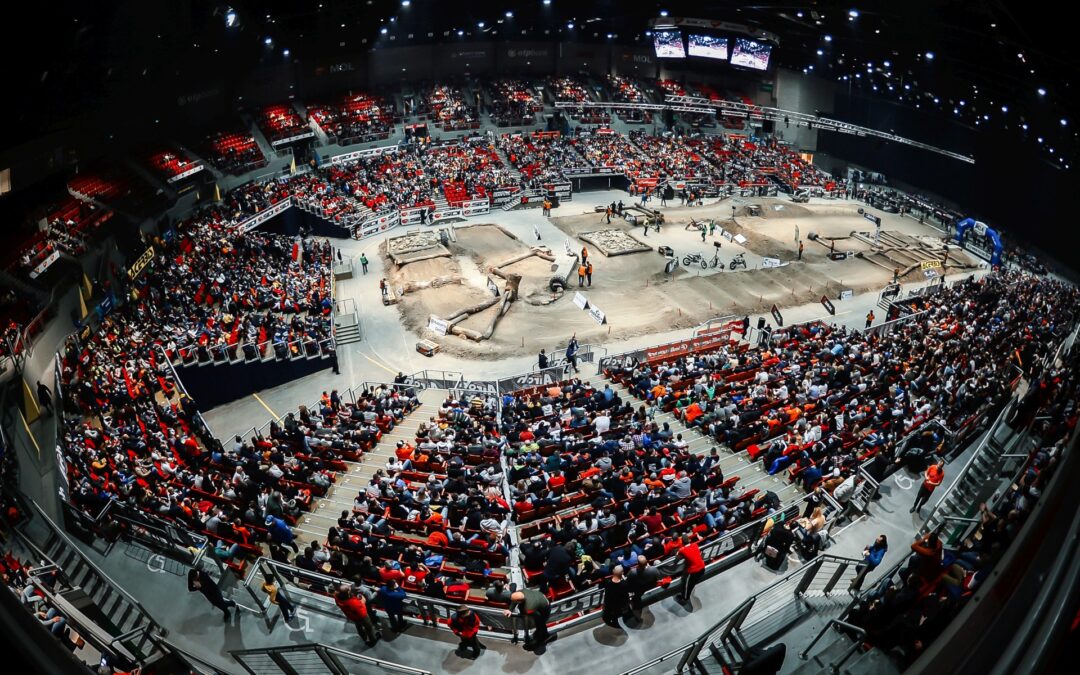 The Superenduro GP event was held for the third time in Budapest, and despite the COVID-19 restrictions a crowd of 7,000 cheered on the Hungarian riders, including Enduro Team Hungary’s Norbert Zsigovits and Márk Szőke. Both were aiming for podium places in the overall standings, finishing third in their category in the first race, while Roland Liszka could also take the overall podium in the European Cup.

The third Superenduro GP, held at the Papp László Budapest Sport Arena, was a festive evening for the Hungarian motorsport scene, with local riders competing in two of the three categories: Norbert Zsigovits of Enduro Team Hungary in the Junior World Championship and Márk Szőke in the European Cup. Both riders were in contention for the overall podium places. 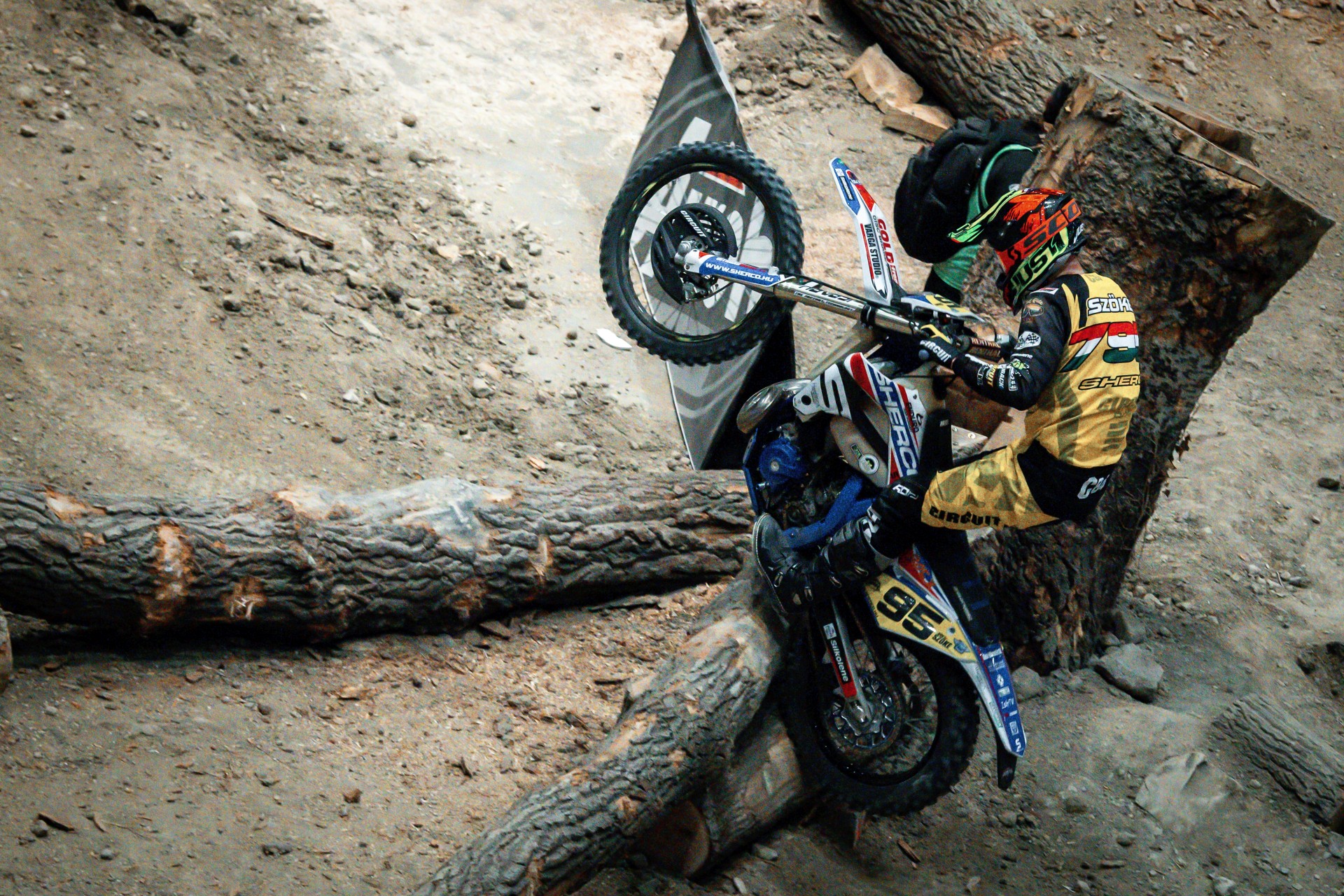 In the European Cup, Márk Szőke was the most competitive, starting the first race in fifth place, moving up to fourth, then taking over third place and eventually he took the chequered flag in that position. Meanwhile, Roland Liszka, one of the surprises of the evening, caught up with him, finishing fourth behind Szőke in the first race. From the start, the two home-grown stars kept up the pace, confidently moving towards a promising result.

The second race brought a turnaround; Márk Szőke had a bad start, got stuck in the field and was eventually classified in 11th position, finishing fifth overall. Roland Liszka, meanwhile, was back on form, finishing the second race in second place, thus finishing a respectable third in the overall standings and taking the podium in the category in front of the Budapest crowd. In the overall points standings, Márk Szőke can look forward to the next round in sixth place.

“I was very happy that I managed to prepare for this race, I was fastest in free practice and fifth in qualifying, but I wasn’t far behind. I tried to be spare some energy in the first race, finished third, and then in the second race I had a very unlucky start. In the middle of the race, one of my rivals fell in front of me, I got stuck and exhausted. I tried to concentrate on the fact that the race is not over yet, I was sore, but I’m very happy to have moved up in the championship, thank you all for the support,” said Márk Szőke. 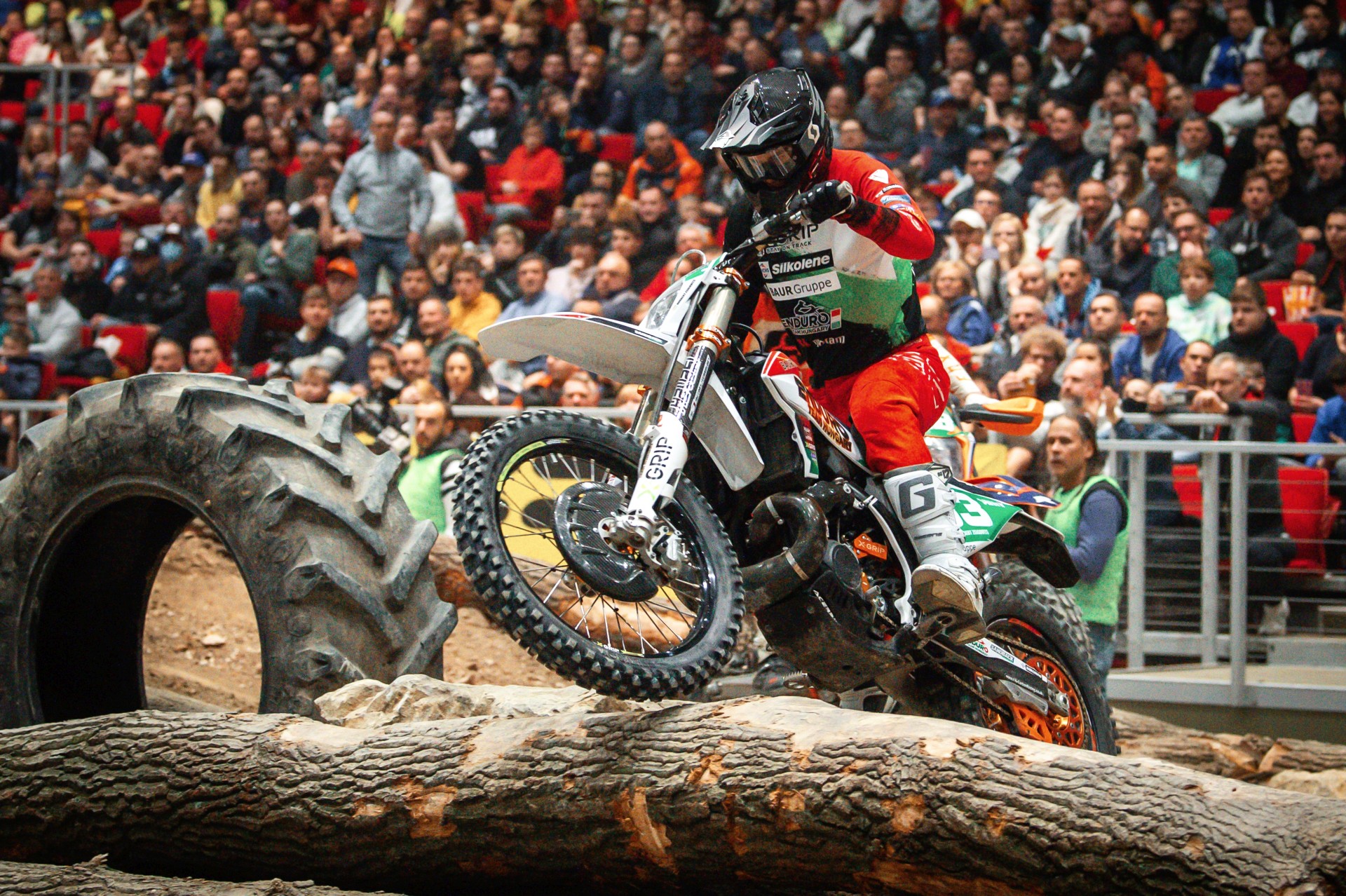 Huge ovation at the race of Norbert Zsigovits

The fans were already enthusiastic at the European Cup races, but the Sport Arena was really full of life for the Junior World Championships. This was mainly thanks to Norbert Zsigovits, who took third place in the starting grid and took the lead shortly after the start, creating a real buzz.

In a race that lasted about eight minutes, Zsigovits could not hold on to his first place for long, but he remained in the lead and had a chance of second place, tactically taking advantage of the laps, but he fell off his bike on the penultimate lap and finished the first race in third place, which was the same as his starting position.

He dropped to the back of the field at the start of the second race, which had a reverse grid, but with each lap he pushed his way up the field. His momentum was interrupted by another incident, but he still managed to finish sixth and score world championship points. The third race followed a similar pattern, with the Csákánydoroszló rider not coming out of the post-start scramble in good position, but he still finished sixth.

“It was no cakewalk. I gave it all I had, I was so exhausted after the first race, that I had to calm myself down to make sure I didn’t make any more mistakes. The second and third races didn’t go as I had hoped after the first, but the love of the home crowd made up for everything. The feeling of cheering them on was unforgettable, I knew when I was overtaking instead of lapping the opponents that they were going crazy. It is a rider’s dream,” said Norbert Zsigovits.