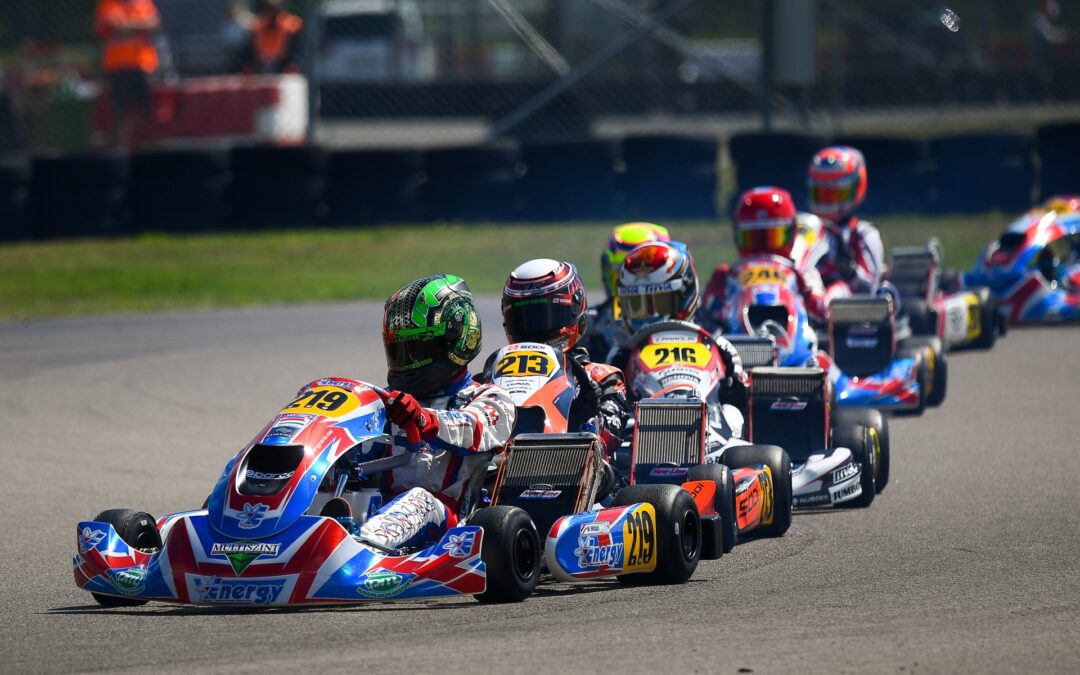 The third race weekend of the European Karting Championships was held in Kristianstad (Sweden) with Martin Molnár competing in the OK-Junior category. The Hungarian Energy Corse driver set a great pace on all three days, but luck was not on his side.

Two weeks after his first ever race in Kristianstad, Martin Molnár was back at Åsum Ring, only this time he was competing in the OKJ category of the European Championship instead of the Champions of the Future Euro Series. Having been unable to test on the 1,221-metre track before his previous visit, and with a ban on testing until the European Championship, the 13-year-old Energy Corse kart racer drew on his experience from two weeks ago to take part in the third weekend of the four-round series.

Martin’s weekend didn’t get off to a smooth start, as he didn’t get as many laps as he would have liked on Thursday. Despite this, his pace was good and he finished 8th in his qualifying group – ahead of both of his teammates in the same group – and 22nd overall.

In the two heats on Friday, he scored a seventh place in each, which was an encouraging sign for the rest of the race on Saturday. He started the second day of the weekend well, finishing fifth in the warm-up session. This was followed by the first and third qualifying session of the day, in which he lost a few positions at the start after starting from the outside, which is not very favourable on this track, but still finished ninth. 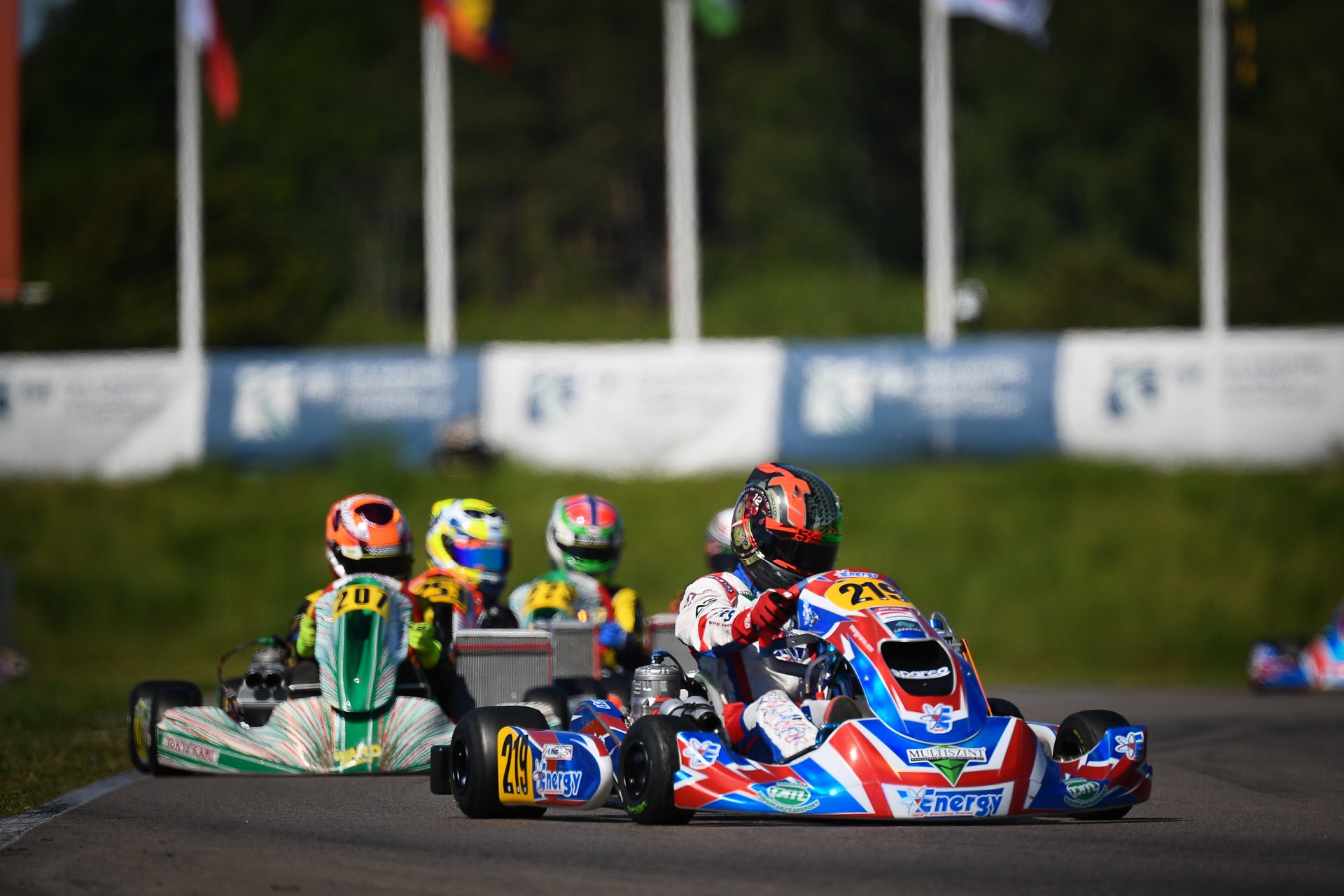 For the next qualifying session, the team changed the axle on his kart, which he struggled with a little, but he still managed to set the fastest lap, improving his previous result by two places to take the chequered flag in seventh. To finish a good day overall, he needed an eighth place in the last qualifying session on Saturday. Although he was not satisfied with his pace, he managed to improve his starting position and could look forward to Sunday with confidence.

A superb Warm Up before the Heats showed that he had the pace to challenge for a place in the top ten in what could be considered a semi-final. He got a little stuck at the start but managed to claw his way back up to sixth place, while there were times in the race when he owned the fastest lap. However, he was then pushed out onto the grass by two of his rivals, and with dirty tyres there was little more he could do, finishing 13th.

He started the final in 19th place, but it soon became clear that he was in for the hardest 21 laps of the entire Swedish round, as the tyres he had for the final were not up to the pace of his kart. Although he fought some memorable battles, he could not improve and finished 27th. 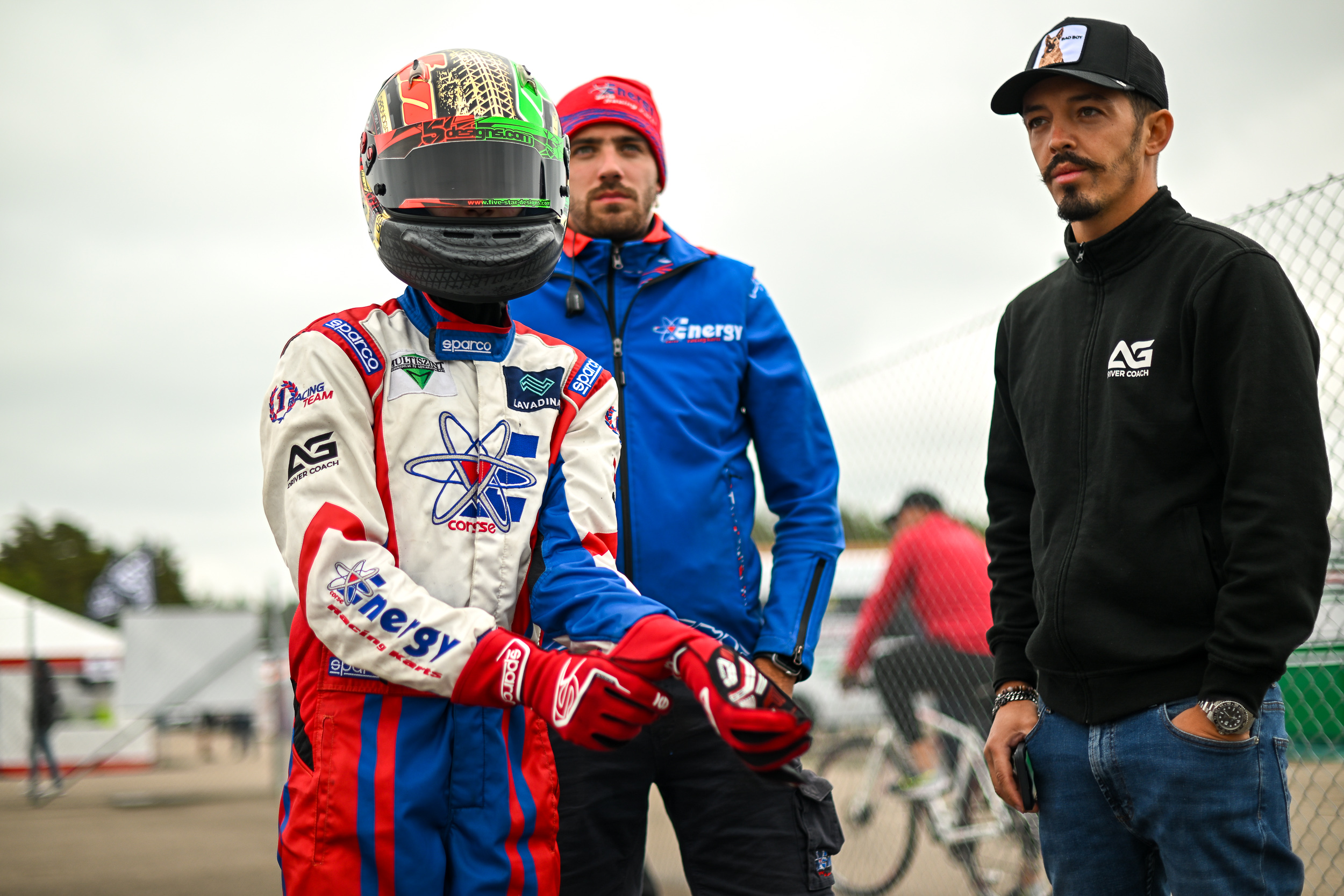 “In terms of overtaking opportunities, I’m still not thrilled with this track, but otherwise it’s a nice and quite fast circuit, with a good rhythm that you have to get into. Unfortunately my weekend was a bit of a struggle, so I don’t mind that it’s over. We had the pace up to the final, but something went wrong there and suddenly we were 5 tenths of a second down per lap. We can probably blame the tyres. We got four new tyres for the final as usual and it seems to have been a bad set,” said Martin Molnár.

“Despite the lack of pace, the final was still exciting and I had a good battle. As for the result, sometimes it’s like this, but we’ll try again next time,” said the Energy Corse driver, who achieved the team’s second best result of the third weekend of the European Championship.

Martin will next compete in the Champions of the Future Euro Series in Franciacorta, Italy, from 23 to 26 June, before taking to the track two weeks later in the fourth and final weekend of the European Championship. His racing kart will be on display at the Super Racing Festival on 11 and 12 June at the Hungaroring.