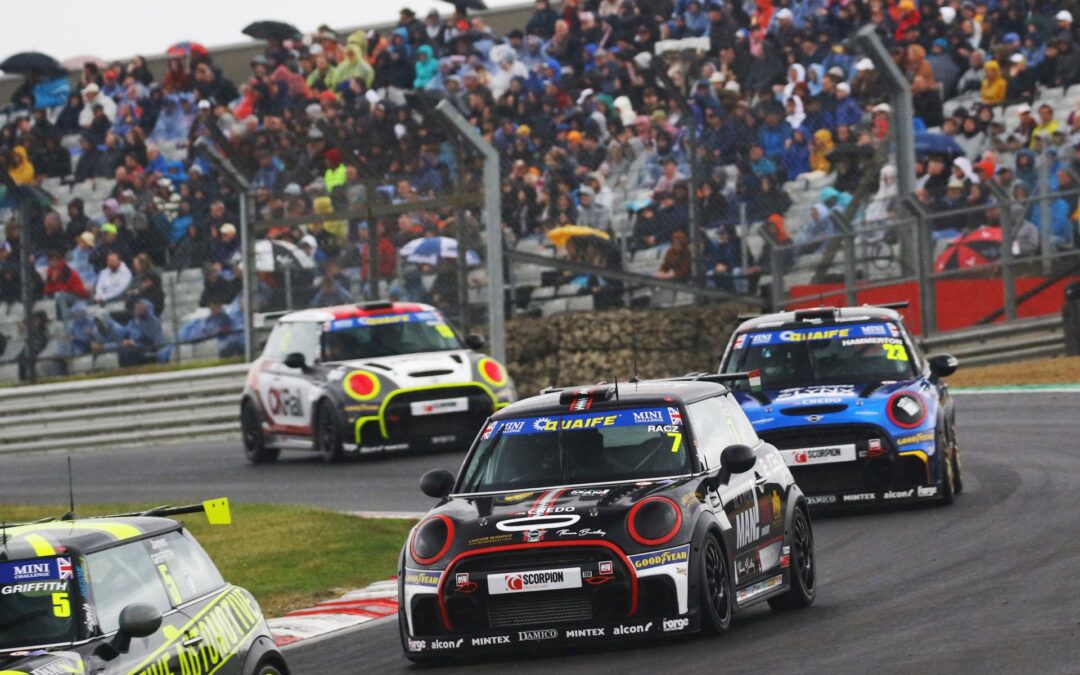 It was a challenging weekend for Geri Rácz at the second round of MINI CHALLENGE in Brands Hatch, but the 16-year-old EXCELR8 Motorsport driver can still be proud of his performance in the second race, where he improved ten places from his starting position in rainy conditions.

The second race weekend of this season’s MINI CHALLENGE JCW was held in difficult conditions, with typical British weather greeting the 30-car field. Geri Rácz, the only Hungarian driver in the series, arrived at Brands Hatch Indy after an encouraging debut in Donington hoping to continue to get used to the atmosphere of the prestigious championship, to improve with each lap and to gain more experience.

He did this particularly well in the second of the weekend’s three races, where he built on the experience of Saturday’s first race to move up ten places with a superb race performance. He started the 20-minute race on a half-wet, half-dry track from 25th position, but his first lap was a great one and he moved up to 20th. Further catching up was delayed by a lengthy safety car phase, but the field was released with just over 9 minutes to go. Geri lost a few places, but as he became more aware of the grip conditions, he started to catch the drivers in front. 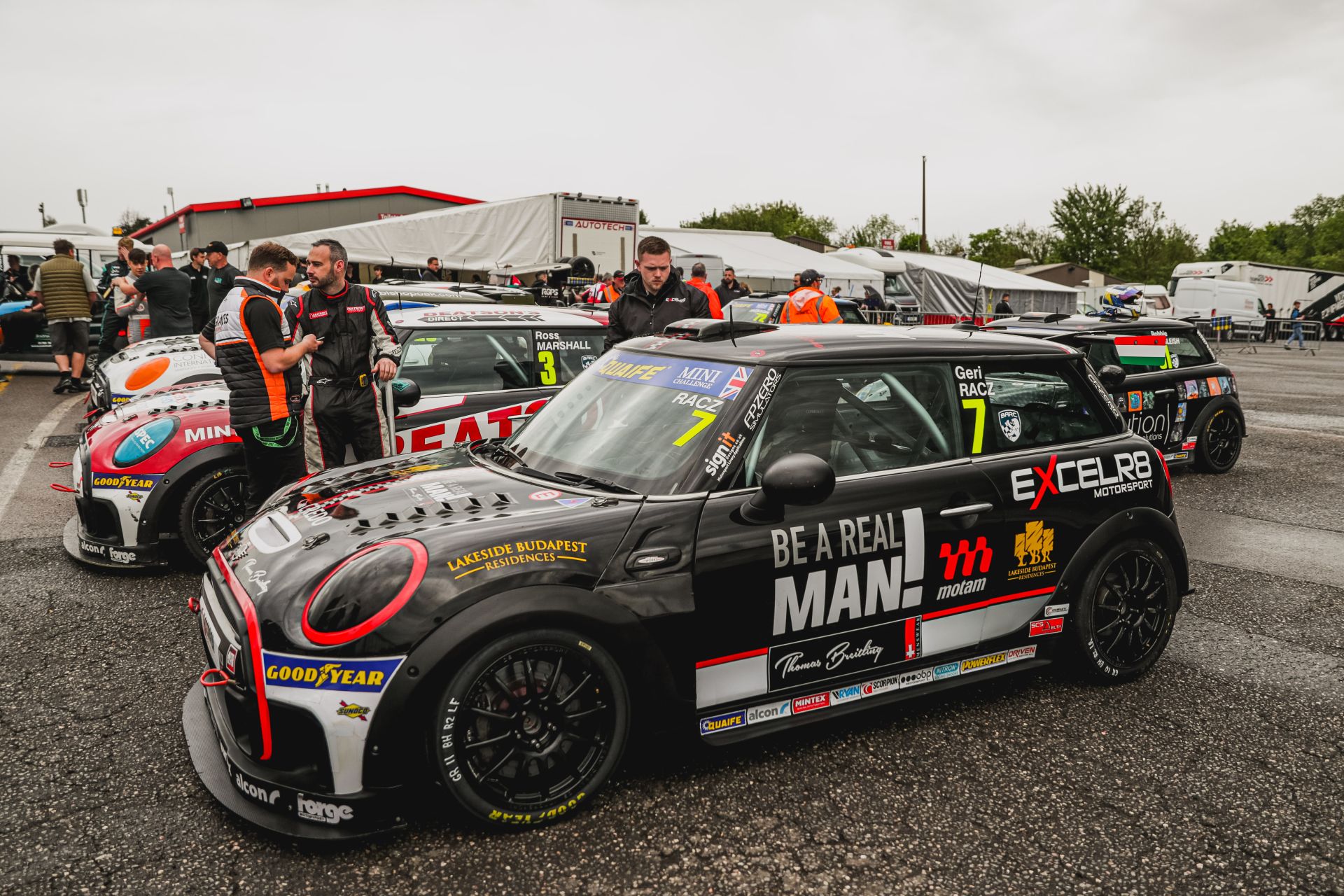 With four and a half minutes to go, he was in 19th place when he accelerated out of Clark’s Corner and squeezed past James Griffith, soon after overtaking Hannah Chapman and then Jamie Osborne, who proved to be a bigger threat. But after a charge on the outside of the finish straight, Geri finally squeezed past the #7 MINI at Druids Corner. The Hungarian driver later overtook Ru Clark, who was defending so hard in front of the Druids that the two cars came together, but Geri still gained another position.

With just over a minute left in the race and his next opponent more than five seconds ahead of him, the catch-up ended there, but he still exceeded expectations.

“After Saturday’s race we went through the footage and we came to the conclusion that I need to defend more aggressively, not leave so much space and keep the car on the inside line all the time if I have to. I did that and they couldn’t overtake me. I managed to run a faultless race while driving for the first time on a slippery track, which is not completely wet but not dry either. The situation was complicated by the fact that I was already in the car before the start, when we were still trying to decide which tyres to start the race on. It was a very tense situation. In the end we chose slick tyres and it worked.” 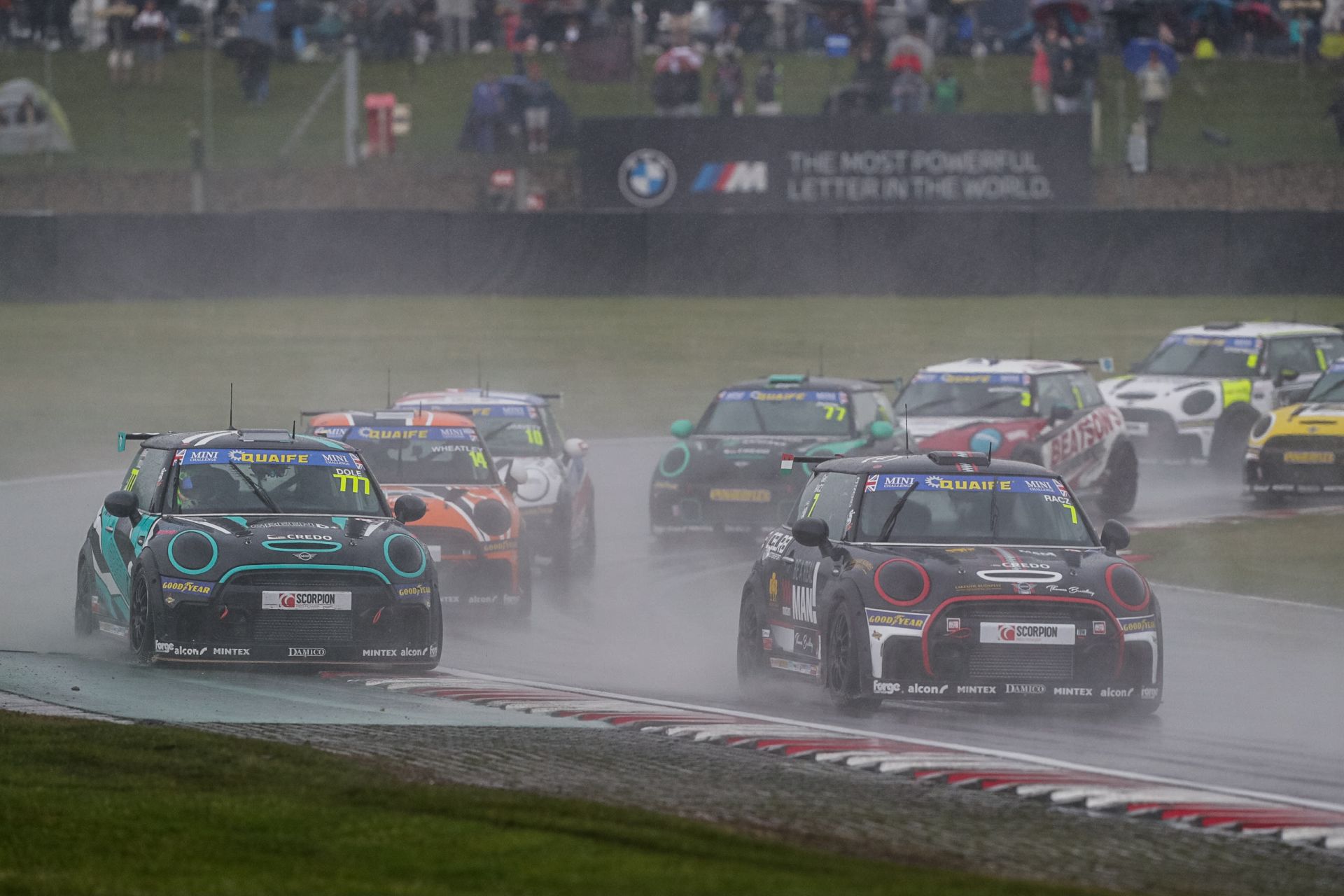 Twice luck was not on his side

As for the other two races of the weekend, the first and the third, neither went as the Hungarian driver had hoped. For Saturday’s race, he finished 14th on the grid in qualifying, a result he was only half satisfied with, as he could have been close to the front if he had set his best sector times on the same lap.

He was unable to improve on his 14th position in the race because of an unfortunate situation in which he collided with a rival and then suffered a puncture. Despite reaching the chequered flag, he was disqualified under the rules for being too far behind.

“I was in 14th place for a few laps and then the driver behind me suddenly jumped in front of me. I had to react to avoid a collision, but the car slid and two of them overtook me. I managed to keep up with them until after a few laps one of my rivals caught me and tried to overtake me. I tried to give him some space, but he still hit the kerb which threw his car so he hit the of my car and spun me. I almost hit the wall, but luckily avoided that. I got back on track but two laps later I had a puncture.”

After the second race in the slippery conditions, the final race of the weekend saw torrential rain, with Geri starting from 15th on the grid and finishing the first lap in 12th position, where he remained for the first eight minutes of the race until he went off in the Druids corner with 12 minutes to go and got stuck in the gravel bed. 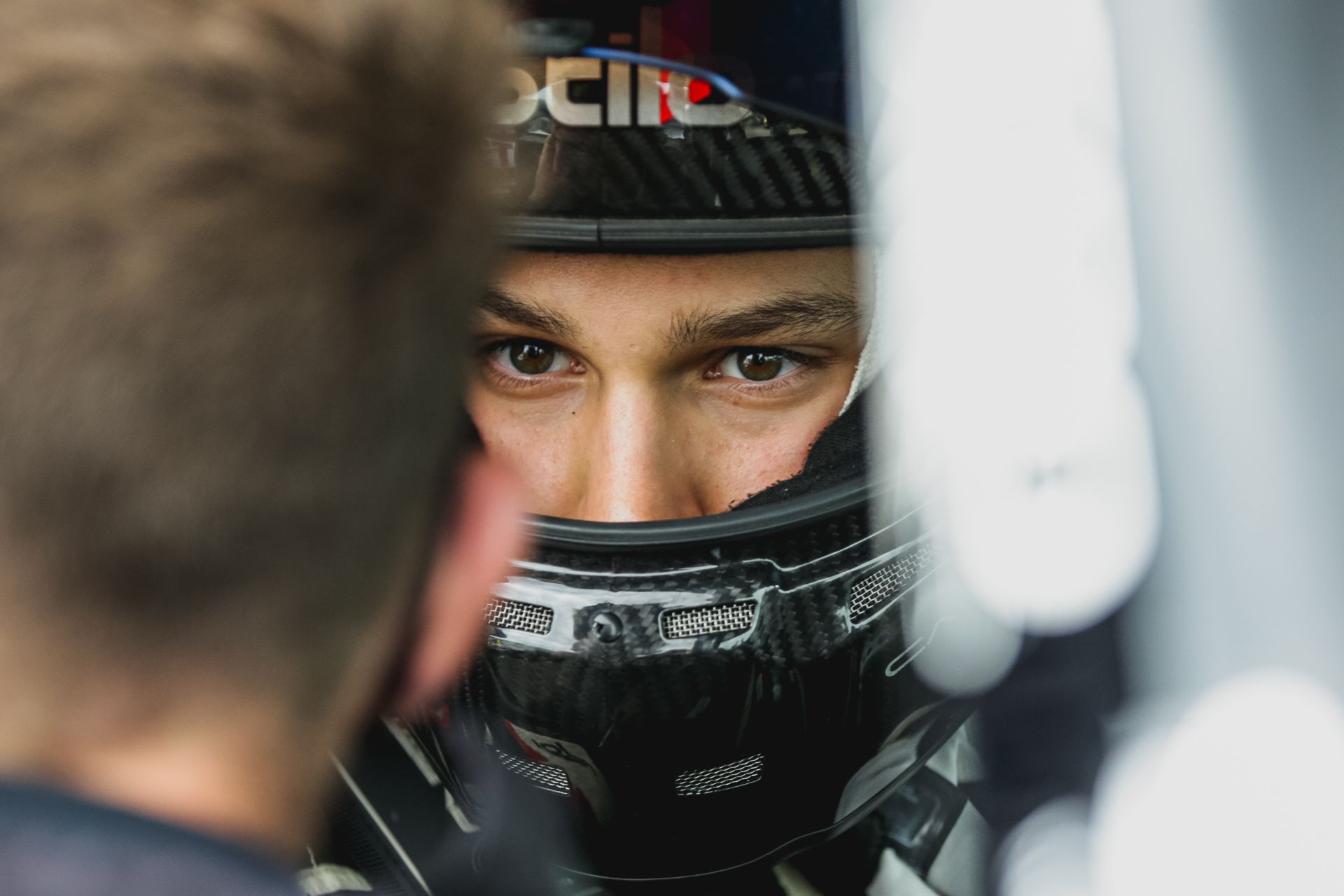 “Immediately after the start the windscreen started to get very foggy. I couldn’t do anything about it, and during the safety car phase I could only see the brake light of the car in front of me. I couldn’t assess our position in relation to each other and my own position. During the safety car I rolled down both windows, but that didn’t help, and after the restart I went off because I had no idea where I was. In the end, this led to the mistake that ended the race, as I couldn’t work out my braking distance and braked too late.”

What’s positive is that I gained a lot of experience about what to do and what not to do, especially when it’s raining. I’d like to thank the team and my dad for the whole weekend because without them I wouldn’t be here,” summed up the 16-year-old driver, whose performance was praised by the team, particularly for his situational awareness during the duels.

The MINI CHALLENGE JCW field will next compete at Oulton Park from 10 to 12 June.