Hail also made it difficult for Martin Molnár to change category 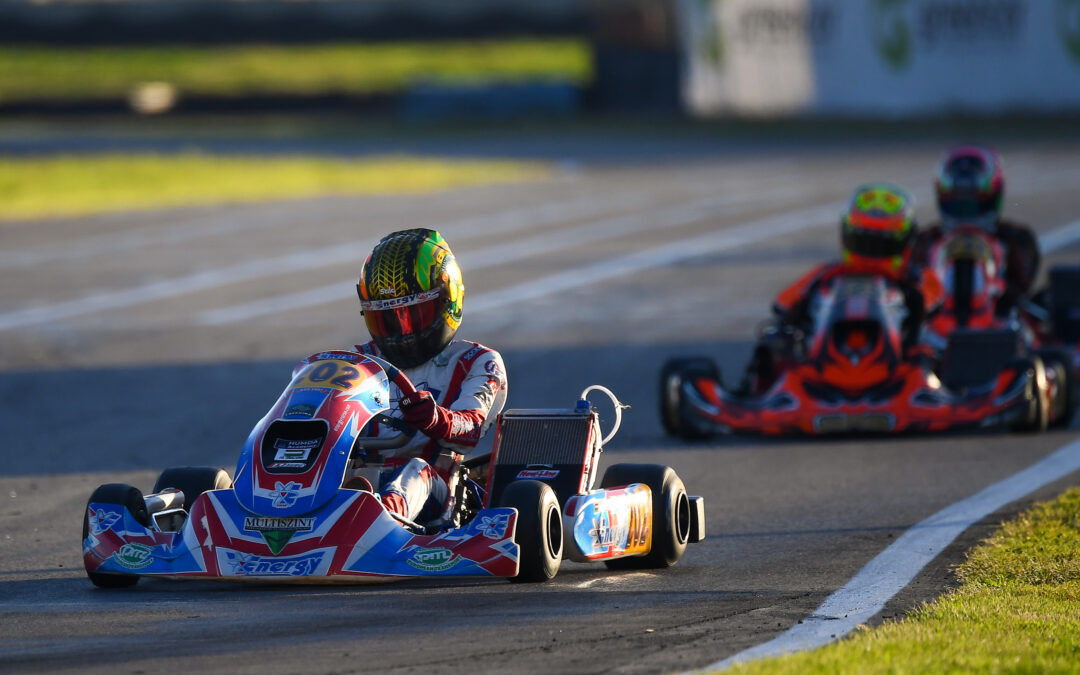 The change of category in karting went well for Martin Molnár, who competed for the first time in the WSK Final Cup in the adults’ category in OK. The HUMDA Academy driver was not at all daunted and repeatedly fought his way to the front of the field, finishing 16th in the final.

The first round of the WSK Final Cup was held in Sarno, a track well known for the World Karting Championship. Both Martin Molnár and Energy Corse wanted to use this race as a preparation for next year, which is why Martin changed category and made his debut in OK.

Trying out the significantly more powerful engine and new tyres is no easy task. In the free practice and qualifying, Martin’s pace was not yet there and he finished 33rd in a field of 39.

The first OK qualifying race of his career will be remembered for the hailstorm that stopped shortly before the start and the weather delayed the programme, which meant the race was held at dusk. The track was waterlogged in several places, causing the karts to slide on the straight. Despite all the difficult conditions, Martin started from 17th place and finished 10th.

In the second heat he had a better pace, but in a close battle his nose cone fell in and he finished 16th with a five second penalty.

But the most adventurous was the third heat. Here, all the riders started on slick tyres on the dry track, but it started to rain again before the start, so conditions were not easy. In the compression after the start, he spun and stalled his bike. He put the kart into gear and, from half a lap down, ran the fastest sectors and laps all the way through, managing to close the gap and even overtake by the time the time the flag was out. In the end he even managed to improve on his starting position. 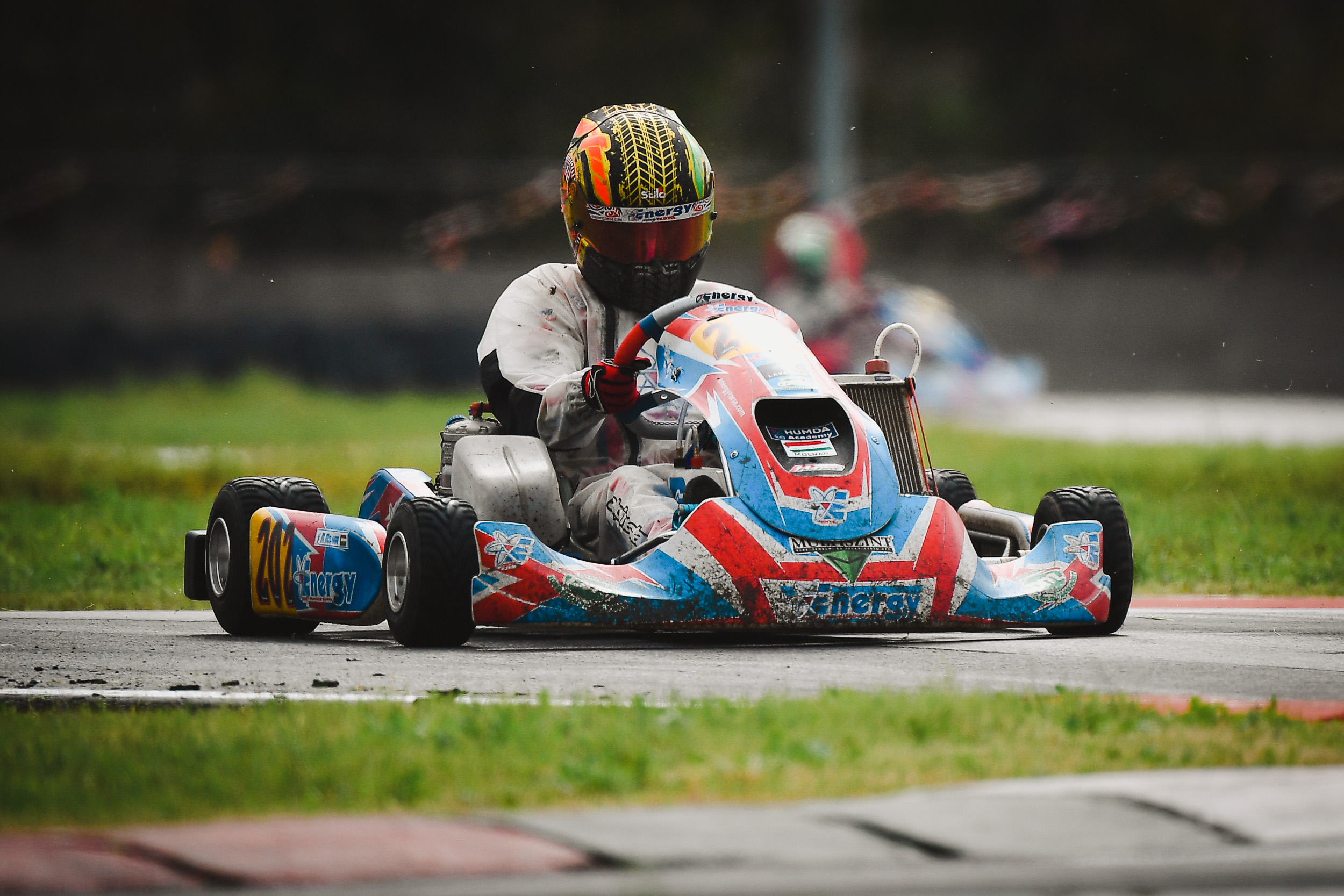 By Sunday, the tarmac in Sarno had dried up and slick tyres were really the way to go. Martin was the quickest up to the last two laps of the morning warm-up, but then he got into traffic in the last two laps and ended up with a very encouraging fifth time. In the semi-final he was one of the fastest in the field and managed to improve several places, but a contact dropped him back to finish 15th.

The final again got off to an adventurous start, as after the start and in turns 2 and 5 Martin had a crash in front of him, which he had to avoid on the grass. This put him at a considerable disadvantage. But again his pace was very good and he fought his way up to 16th, 12 places better than his starting position.

‘I really enjoyed the weekend,” said Martin Molnár, “I like the OK category, it requires much better physical fitness than OKJ, I was very tired by the last 2 laps of the final. I didn’t have the pace in the free practice and in the rain it’s really tricky to race with so much torque. By the final heat I was really up to speed, and after the spin it was good to see that with slicks on a wet track in extreme conditions, in my first OK race weekend in this very strong field, I could make up half a lap deficit.’

‘I enjoyed racing in both the semi-final and the final. So 16th place is a good result for a first time, but I’m very confident that if I can keep up this good pace next weekend, with a bit more luck, I can do even better.’

Martin Molnár’s next race, supported by HUMDA Hungarian Motorsport and Green Mobility Development Agency Zrt, will be the second round of the WSK Final Cup in Lonato from 10-13 November.