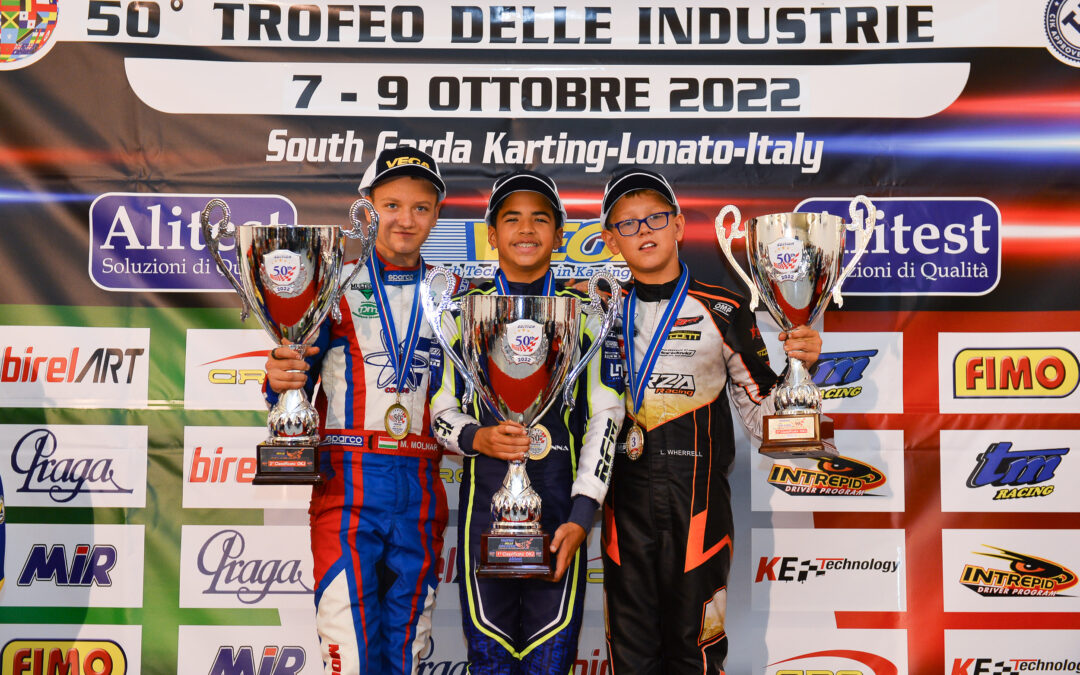 Martin Molnár completed his last race in the OK Junior category before moving to the adult OK category. His farewell race could not have gone better, as he won the pre-Final of the 50th anniversary Trofeo delle Industrie and finished second in the final. With this second place, the HUMDA Academy driver repeated his excellent result from last year.

Although it is not an international series, the Trofeo delle Industrie (Manufacturers’ Cup), which has been created by karting industry 50 years ago, is a prestigious event, with the special feature that, in addition to the trophies, also offers a very substantial prize fund. This year, the Trophy celebrated its fiftieth anniversary and special trophies were created to mark the occasion.

In the OK Junior category, 47 participants took to the track in Lonato, including some newcomers, but the top 30 were as many top drivers as at any WSK race.

Martin Molnár had good memories of the race, since he scored his first podium in the OK Junior category here, in the previous year. This year he started very well, as he was already in the lead in the free practice and won the qualifying race. 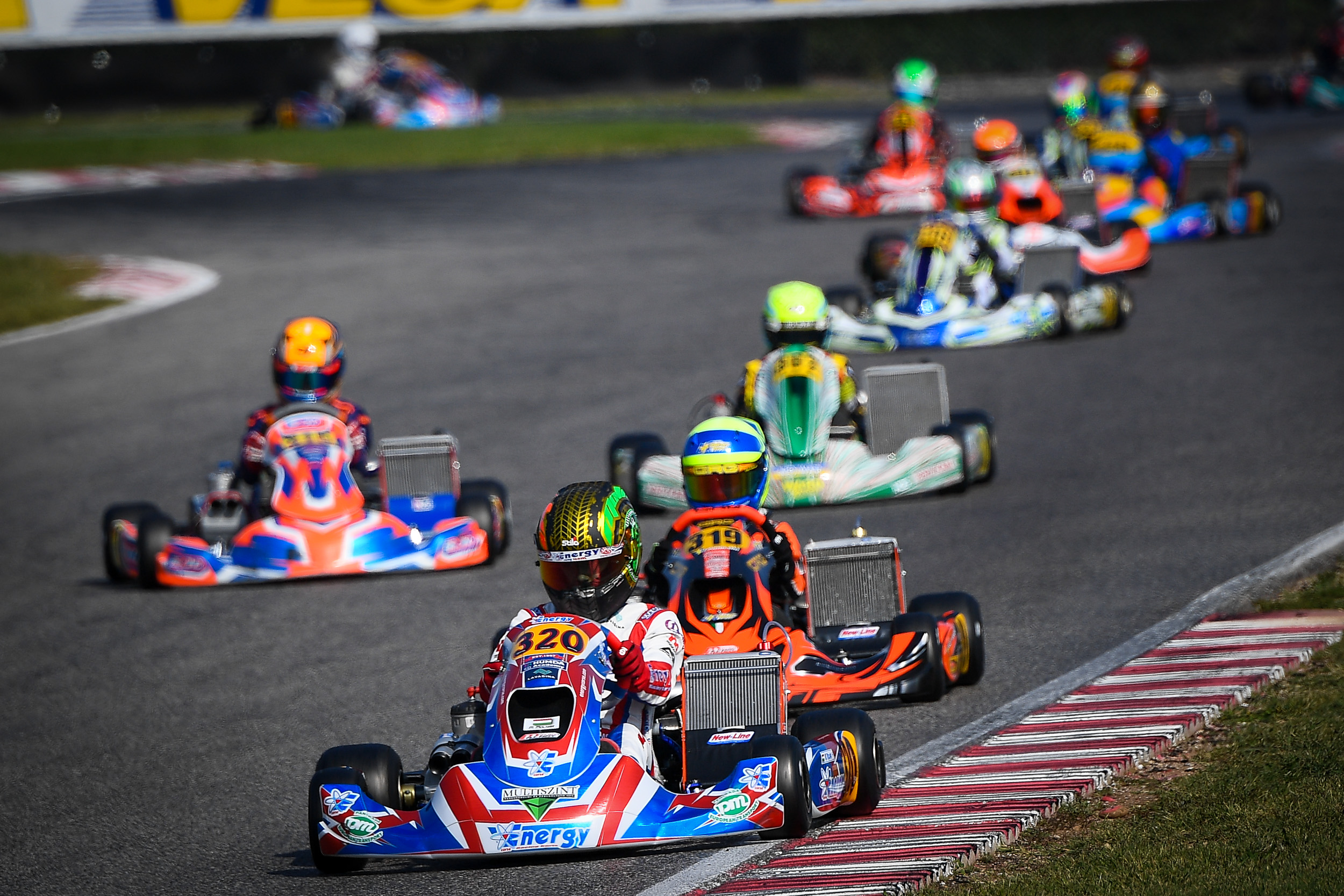 He finished second in both heats and third overall which got him to the pre-finals in the third place. In contrast to the WSK, where it is called Super Heat, this was a real pre-final, with the final results being used as the starting grid for the final. Martin started from third place and won the pre-final, which led him to start from pole position in the final race.

The final also started well, and after the start he was able to hold on to his lead, in 14 of the 16 laps. Then he was overtaken, and the last two laps were not enough to fight back. He still made a fitting farewell to the OK Junior category with second place.

In fact, the performance of all category drivers was scored during the weekend. According to this, Martin was the best driver not only in the OK Junior field, but also among the 276 drivers competing in all categories up to the final. 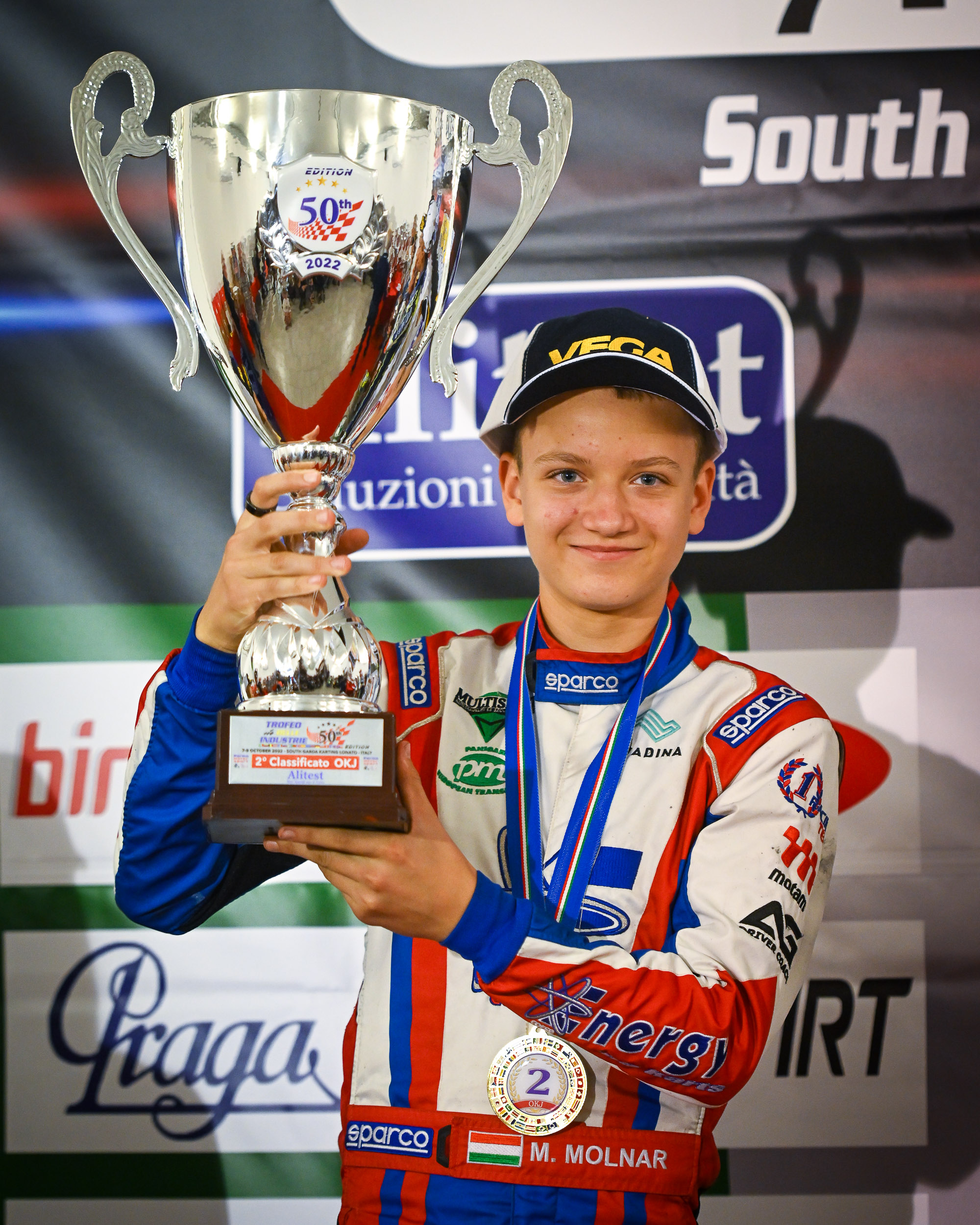 ’I’m happy but a little bit disappointed’ said Martin Molnár, ’I did well all weekend in such a strong field, won the pre-final and led the final for long. I really wanted to win, but second place is not bad either.’

’But I’m happy that I have finished second twice in the Trofeo delle Industrie and to have finished on the podium at the last race in the OK Junior category.’

Martin Molnár, supported by HUMDA Hungarian Motorsport and Green Mobility Development Agency Zrt, won’t have too much time to rest. He will stay at the Lonato circuit at the southern tip of Lake Garda, where he will take part in the Trofeo ROK race next weekend. In the adult OK category, he is scheduled to make his debut in November.