Martin Molnár was on par with the frontrunners, but was unlucky in Zuera 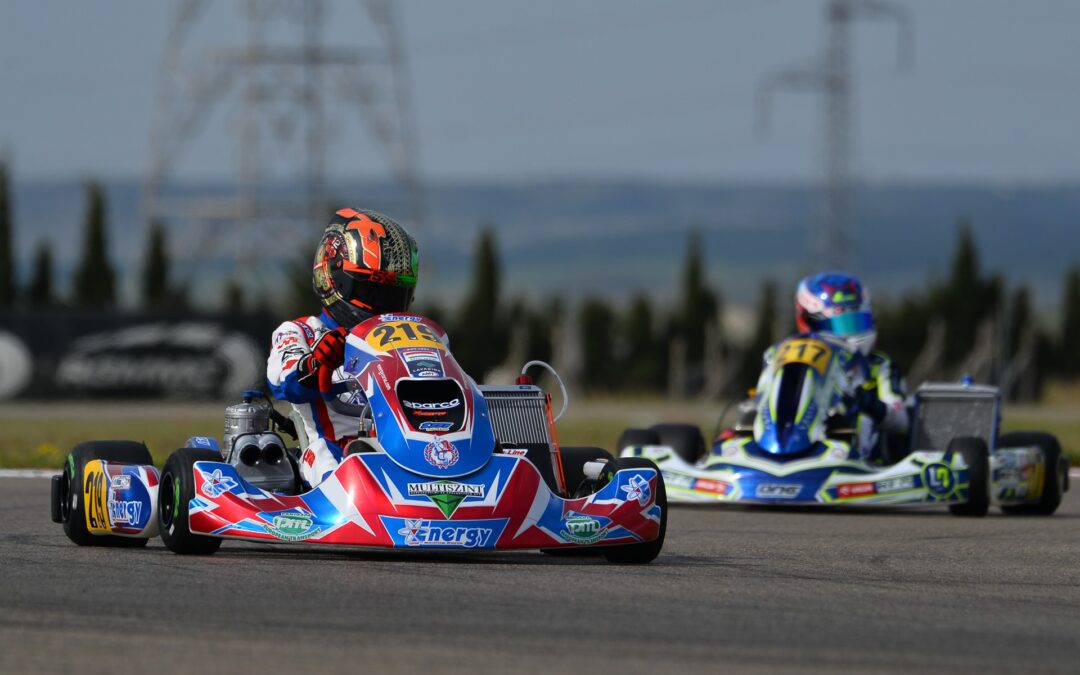 The second weekend of the OKJ category of the European Karting Championships in Zuera, Spain, was a nail-biting event. Martin Molnár set the fastest lap in both heats, but the qualifying was unlucky for him and an accident in the Final saw him dropping to last place. Although the steering centre went badly on his kart, he set the fastest lap, made up a half-track gap and managed to overtake two opponents to finish 22nd.

It was a tense weekend of racing at the second round of the CIK-FIA European Karting Championship in Zuera, Spain, where Energy Corse’s Martin Molnár was making his second appearance of the year, having already made a successful appearance at the venue two weeks ago in the Champions of the Future Euro Series, finishing 7th in the Final. This time the weekend was overshadowed by a number of accidents which affected Martin’s chances.

There was a big dilemma for the whole field as to what tactics to adopt for qualifying. Two weeks earlier, in the Champions of the Future race at Zuera, the traffic was at a disadvantage, so Martin’s team felt it was less risky to go out at the front and run the fastest lap without slipstreaming. The tactic didn’t work out, this time it would have been faster to drive in the field, but there was no way to predict that. Martin thus finished 10th in his group and 29th overall in the time trial of the 69-strong OKJ field.

In four of the five heats, he started on the outside line of the track but managed to hold his position well. He finished 12th in the first heat, but improved in the following heats, taking three 5th places and a 9th, which put him in 16th place after the qualifying. Martin’s pace is shown by the fact that he set the fastest lap in two of the heats. 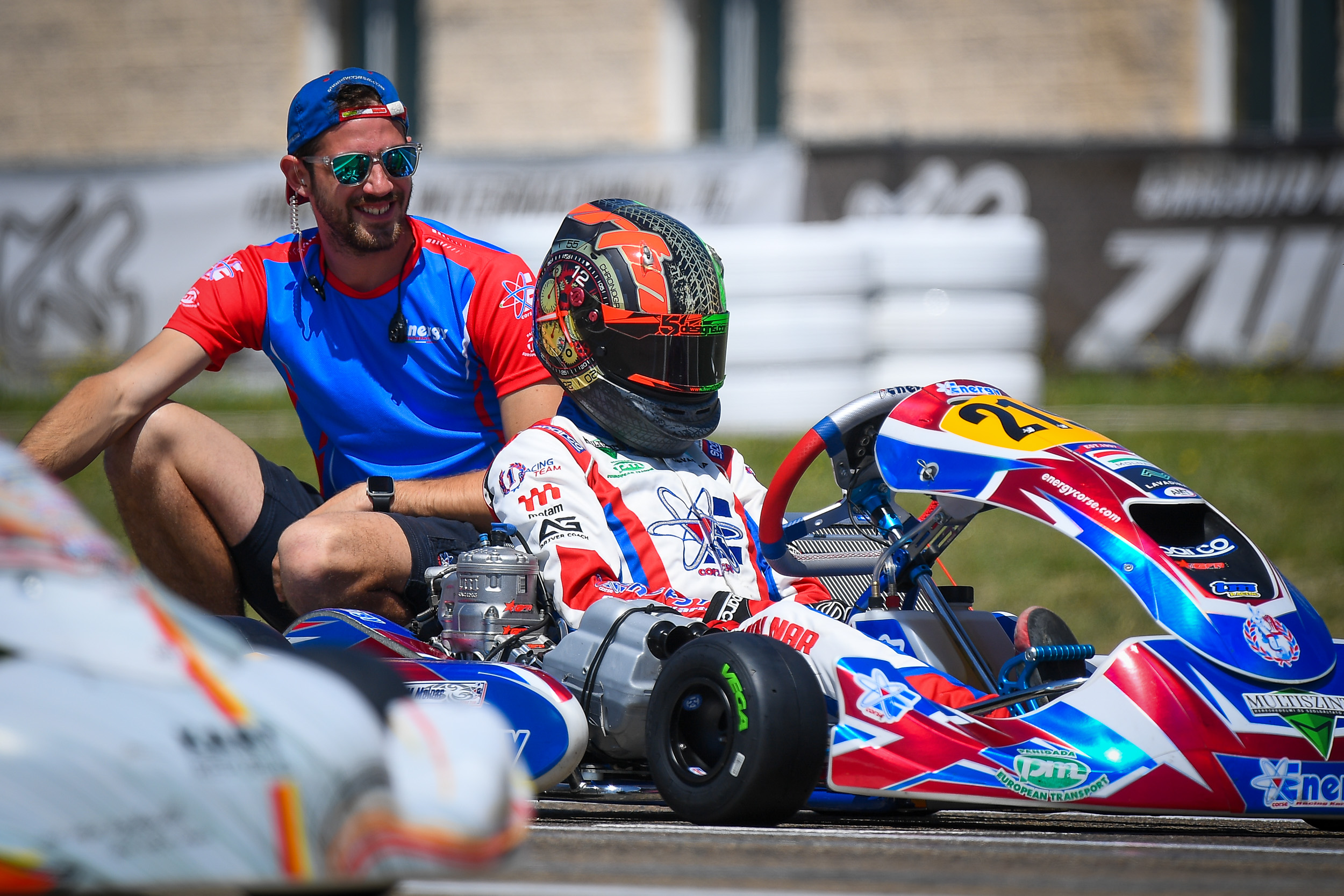 In the Super Heat he dropped back a few places at the start, but then improved again to finish 6th. Overall, he finished 16th in the Final. Here he was again on the outside of the grid at the start, from where he had improved his position several times during the weekend, but this time he was closed in front of him, and two corners later he could not avoid a collision and damaged the undercarriage of his kart.

Martin didn’t give up even with damaged steering and kept up the pace with the leaders, also setting the fastest lap. He also earned the praise of his team for being among the fastest even with a damaged kart. In the end, he managed to close the half-lap gap and overtook two others to finish the race in 22nd place.

“We didn’t have a good weekend,” Martin said. “Our pace was good, there was no problem with that but the qualifying didn’t turn out well. After that I had a couple of good Heats, I was able to gain a lot of positions on the outside line. In the Final I tried to use the outside line again but a kart was pushed out in front of me, so there was no room to overtake. In the fourth corner there was an accident in front of me and I couldn’t avoid them. I dropped back to last place, from where I managed to catch the back of the field. I would have liked to have achieved much more this weekend, I’m not very happy, but I can prove myself again in three weeks.” 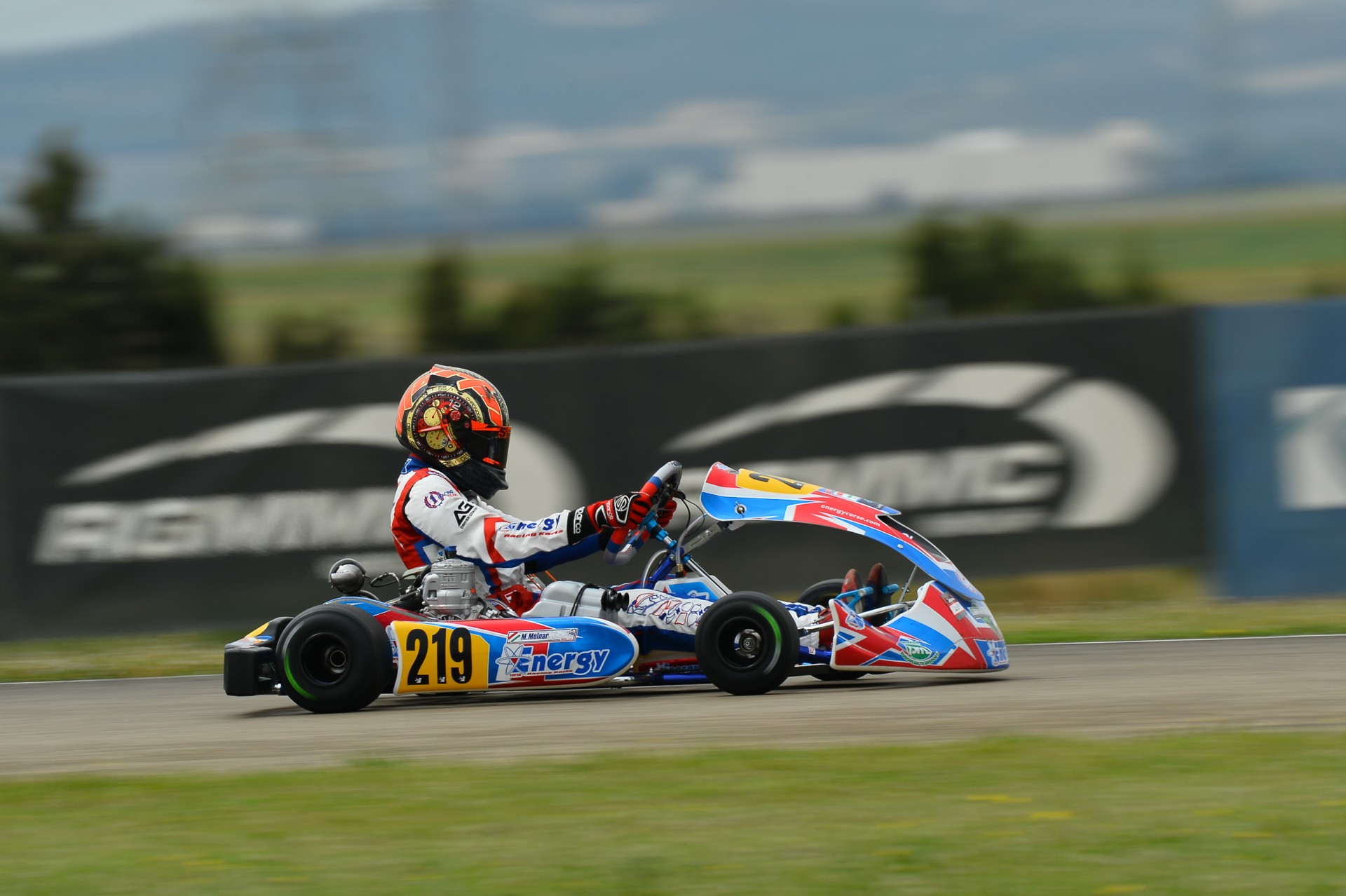 The third round of the OKJ category of the European Karting Championship will be held in Kristianstad, Sweden, from 3-5 June, preceded by the Champions of the Future championship round, also at the same circuit, two weeks earlier.

Overall after the Heats: 16.

Overall result before the Final: 16th

Due to the accident in the final, Martin moved from 7th to 13th position in the OKJ category points standings, with two more weekends in the series.