Geri Rácz continues the season on a unique track, which set to host a more exciting weekend than usual 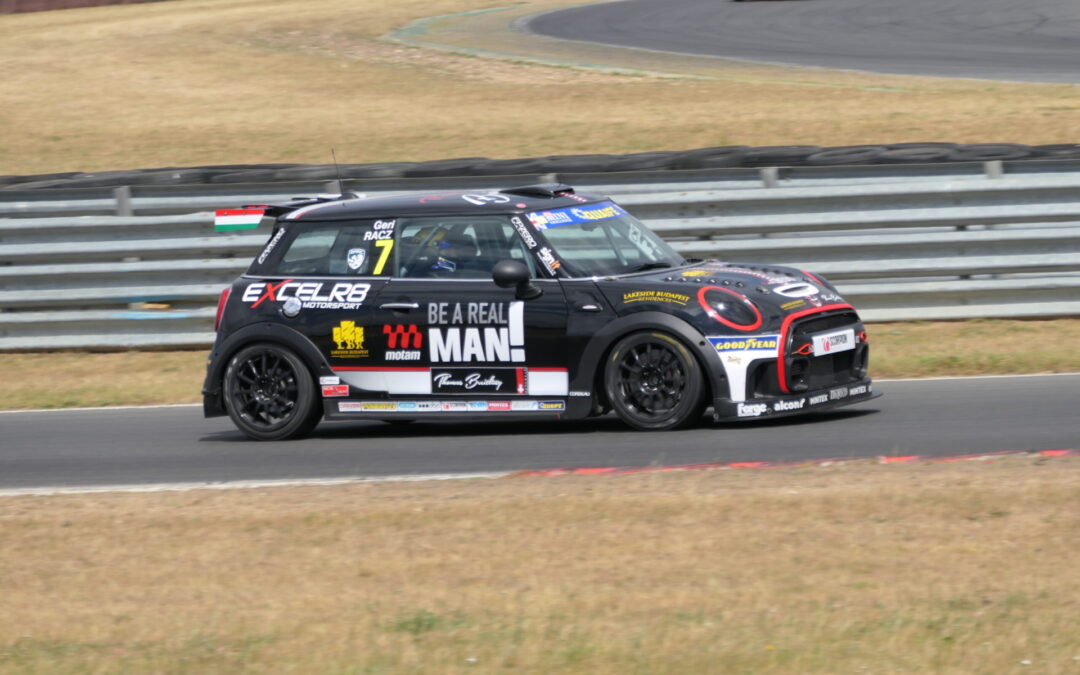 The MINI CHALLENGE JCW field, including Rácz Geri, will take to the track this weekend in Snetterton, England. The EXCELR8 MOTORSPORT driver got a big boost from the last round and is hoping to build on this momentum and achieve another good result in the upcoming weekend.

Geri Rácz is looking forward to the fifth round of the MINI CHALLENGE JCW 2022 season full of confidence and with his best result of the year in his pocket. Last weekend, the EXCELR8 Motorsport driver finished fifth at Knockhill in Scotland, showing that he is capable of fighting among the best. This weekend, he will take to the track at Snetterton in Norfolk, looking to do well again.

“With this fifth place, I have proved to others and myself that I can do well and finish in the sharp end, but I have to keep my feet on the ground knowing that I will have to work hard to repeat or better this result. My attitude is that once I’ve achieved this result, I want to stay close to the front of the field from now on,” said the HUMDA Academy supported driver. 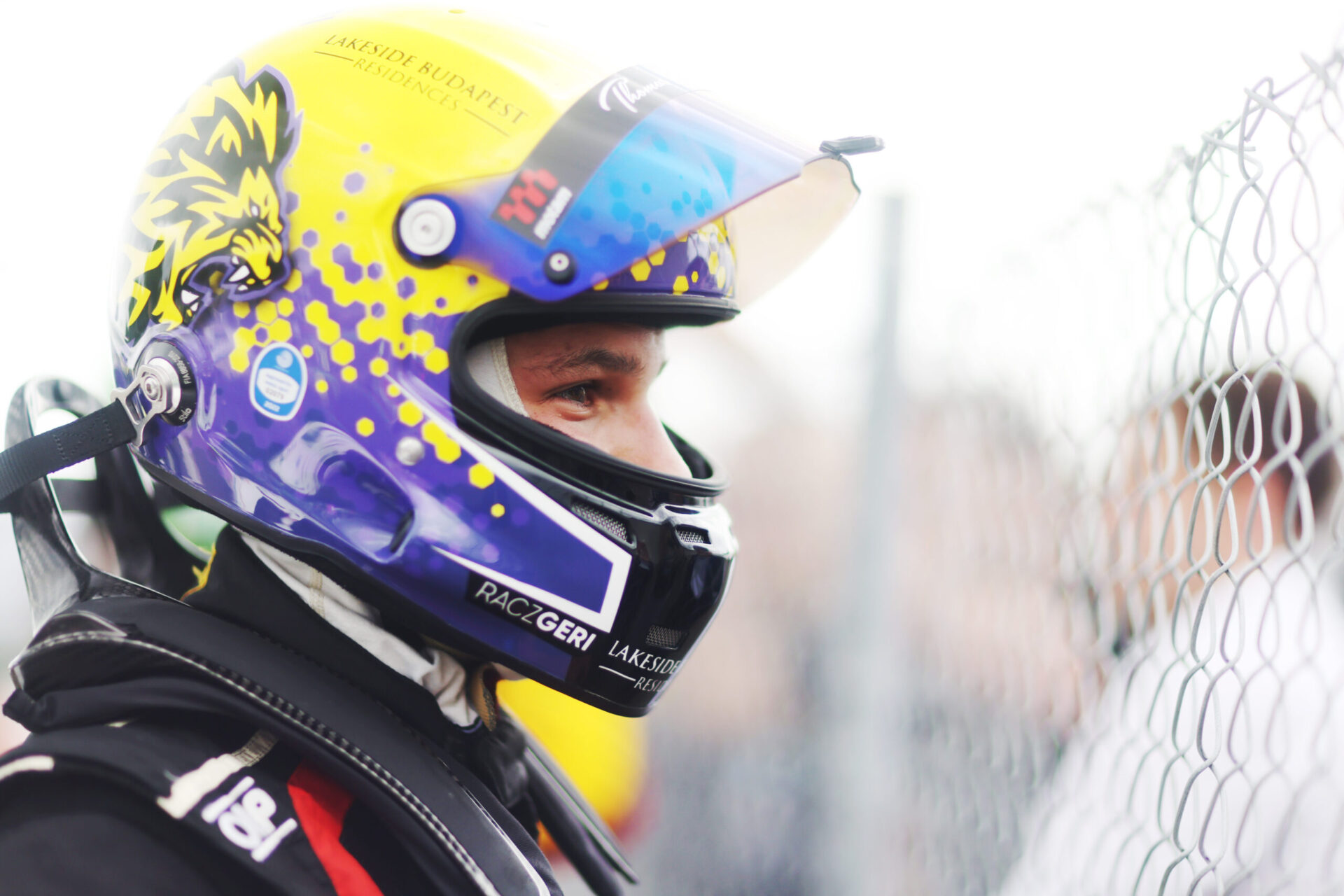 Not the same circuit as it used to be

Like so many circuits in Britain, Snetterton was once a World War II military airfield until the British Royal Air Force no longer had a claim on it after 1948. Three years later, two motorsport enthusiasts persuaded the local landowner to use the derelict runway and service roads to create a circuit, which hosted its first race in October 1951.

From there on, Snetterton slowly became one of the jewels of English motorsport and, despite its long straights and fast corners a relatively safe strip of tarmac with little to crash into if you flew off. Although never visited by Formula 1 or other prestigious international series, it was the venue for England’s first 24-hour race and the first racing school in the late 1950s.

The track has undergone many changes over the years until 2011, when the venue was completely revamped. New paddocks, pit buildings and grandstands were added, several corners were altered and a new one-mile track was created in the middle of the course. The result is Snetterton, which is still in use today and offers three different configurations, including the longest one, the  300 circuit, which hosts the British Touring Car Championship and also the MINI CHALLENGE.

“It’s by no means a boring track. It’s unlike any other venue on the calendar, with some very strange corners, but it’s still a fun track to race on. As it’s a very long lap, you have to pay particular attention to the tyres, which are prone to overheating. From the start, the last part of the circuit is the most challenging for me, especially the second to last corner, which is a long, fast right-hander. By the end of the test I had settled in and managed to get the hang of it and keep up the pace with my teammates,” said the 16-year-old driver, referring to the one-day test session in Snetterton before the Knockhill round. 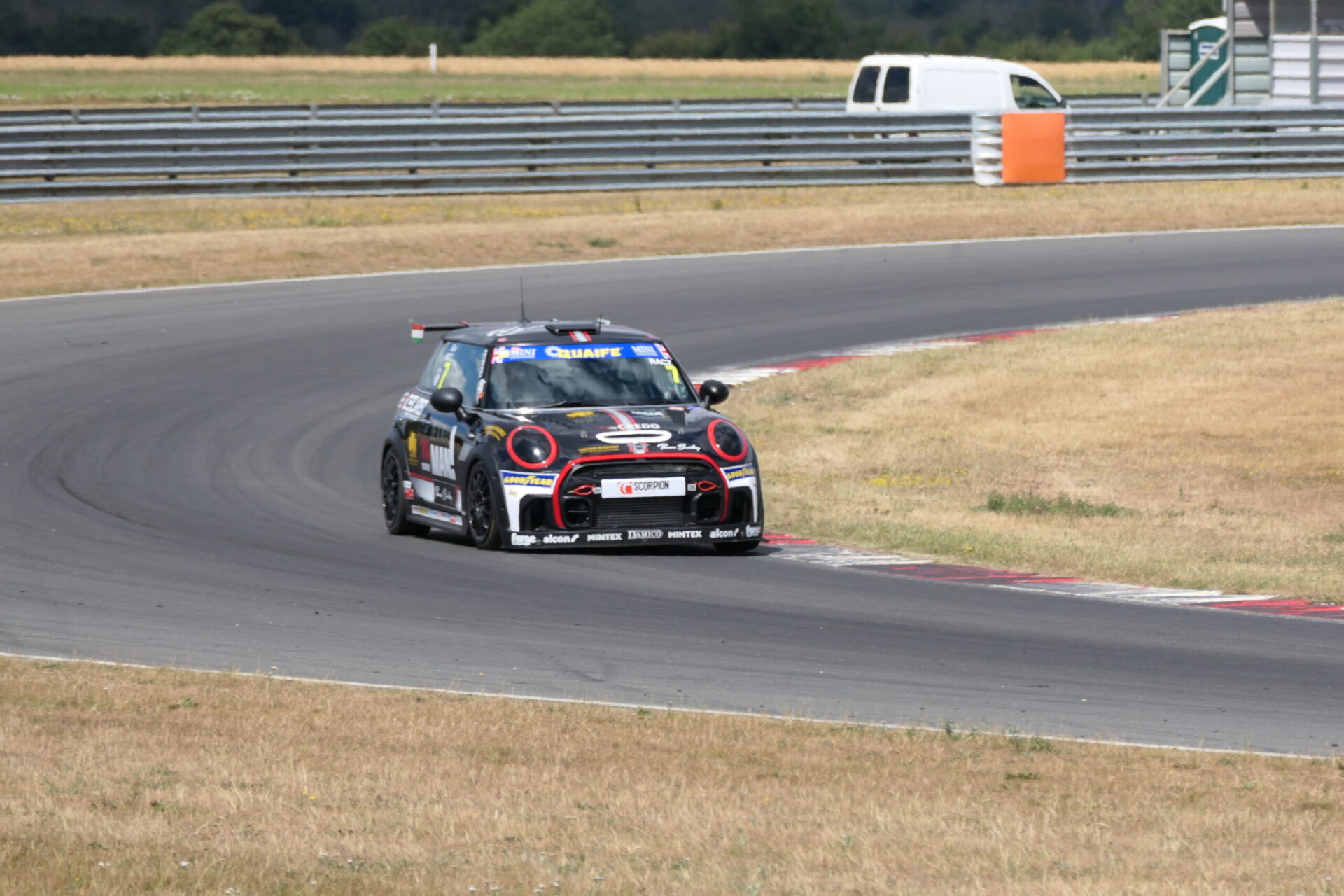 An eventful weekend ahead

The track hasn’t been slowed down by the modifications , but it has become much more race-friendly, with the new corners making it much more conducive to wheel to wheel battles. “It’s a very wide track – although there are narrower sections – which is very conducive to duels and battles lasting through many corners. I’m sure this will make the races more exciting than usual” said Geri, who was given homework by his team after the test to study his on-board camera footage as much as possible. Because after a few days off he may notice and see things differently that he would have with fresh experience.

Speaking of experience, as the second half of the season has just started, the EXCELR8 Motorsport driver feels he has made significant progress and has a completely different approach to the start of races than he did at the beginning of the season.

“What I have definitely improved on is the first two laps of the races. The car and the field were new to me at the beginning, so I drove more cautiously. But now I can feel the limits of the car, which means that I can push harder from the start and, if necessary, improve positions. I’m also getting to know my competitors better and I know who to drive more defensively against and who to be more daring against.”

Getting into the groove on a rally stage

Not to miss the smell of petrol in the weeks between the two races and to meet the fans, a week before the Snetterton weekend Geri attended the II ZEG Rally Show in Zalaegerszeg, organised by TRP Hungary. He was a guest, but that didn’t mean he was watching the cream of the crop of Hungarian rallying from the sidelines, as he drove around the Zalaegerszeg city stage of the rally in a show-built version of his MINI and gave the crowd a little drive.

And two days later, to top it all off, he took part in the fourth round of the iRacing SIM League Summer Cup, as the series held a so-called VIP stage, where Geri was joined in the online field by three-time European Truck Racing Champion Norbi Kiss. The young Hungarian athlete was able to lap the Montreal circuit, which is visited by Formula 1 every year.