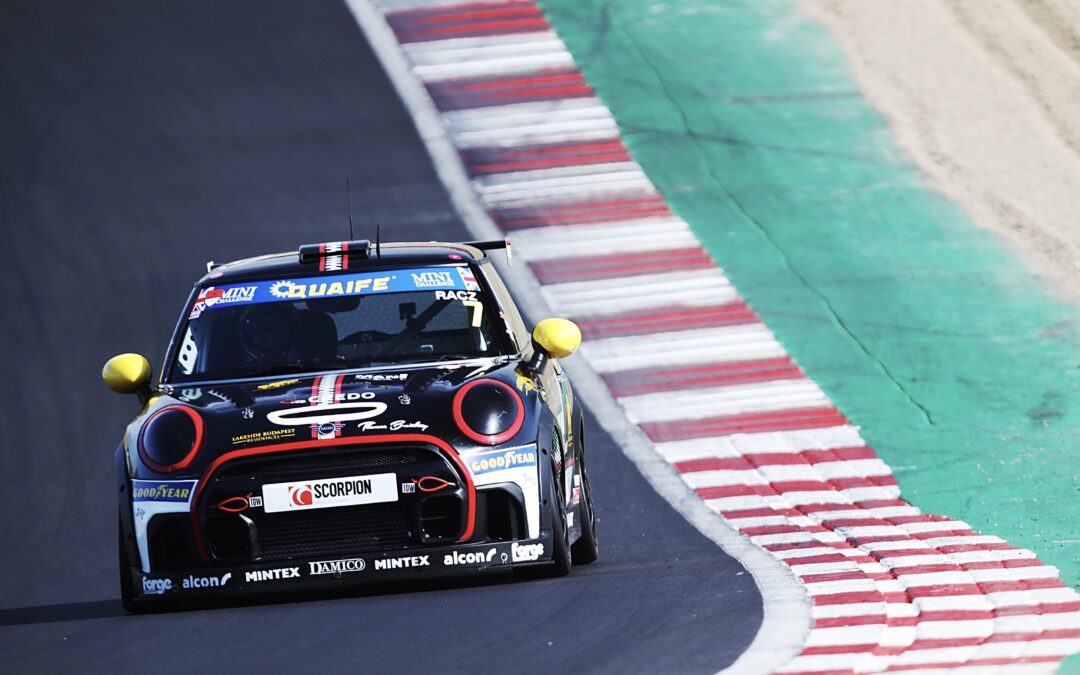 The field of the MINI CHALLENGE JCW has arrived for its final race of the year at Brands Hatch this weekend. EXCELR8 Motorsport’s Geri Rácz has one goal for the last race: to secure second place in the Rookie Cup.

The 2022 MINI CHALLENGE JCW season is coming to an end this weekend at Brands Hatch which also means that Geri Rácz has three races left in this season. The Hungarian driver from EXCELR8 Motorsport produced his most consistent performance to date at Silverstone on the last race weekend, finishing in the top ten in all three races.

Although the first place in the Rookie Cup was decided in the previous round, the Hungarian driver has every chance of finishing the year as the second-best rookie. ‘I expect second place from myself. I’ve got the pace, I just need to have a straightforward weekend and not to make any mistakes because the point differences are tiny,’ said the 16-year-old driver who is supported by HUMDA Academy.

There have been a couple of occasions so far this season when drivers had to wait for long weeks, sometimes a whole month before they could race again but this time it is less than two weeks between the last time they were in the car at Silverstone and the Friday test sessions in Brands Hatch.

‘I’m happy to be back in the car after less than two weeks because the memories are still fresh and I don’t get out of the rhythm. As for the race weekend ahead, I’m sure it will be very exciting because it’s the season finale and everyone will want to show what they can do for the last time this year. During the year there’s always the thought in the back of our minds that if someone crashes the car, they might miss a test or even a race. But here you don’t have to worry about that. I’m definitely going to take the same approach, give it my all and do everything I can to finish the season on a positive note,’ said Geri. 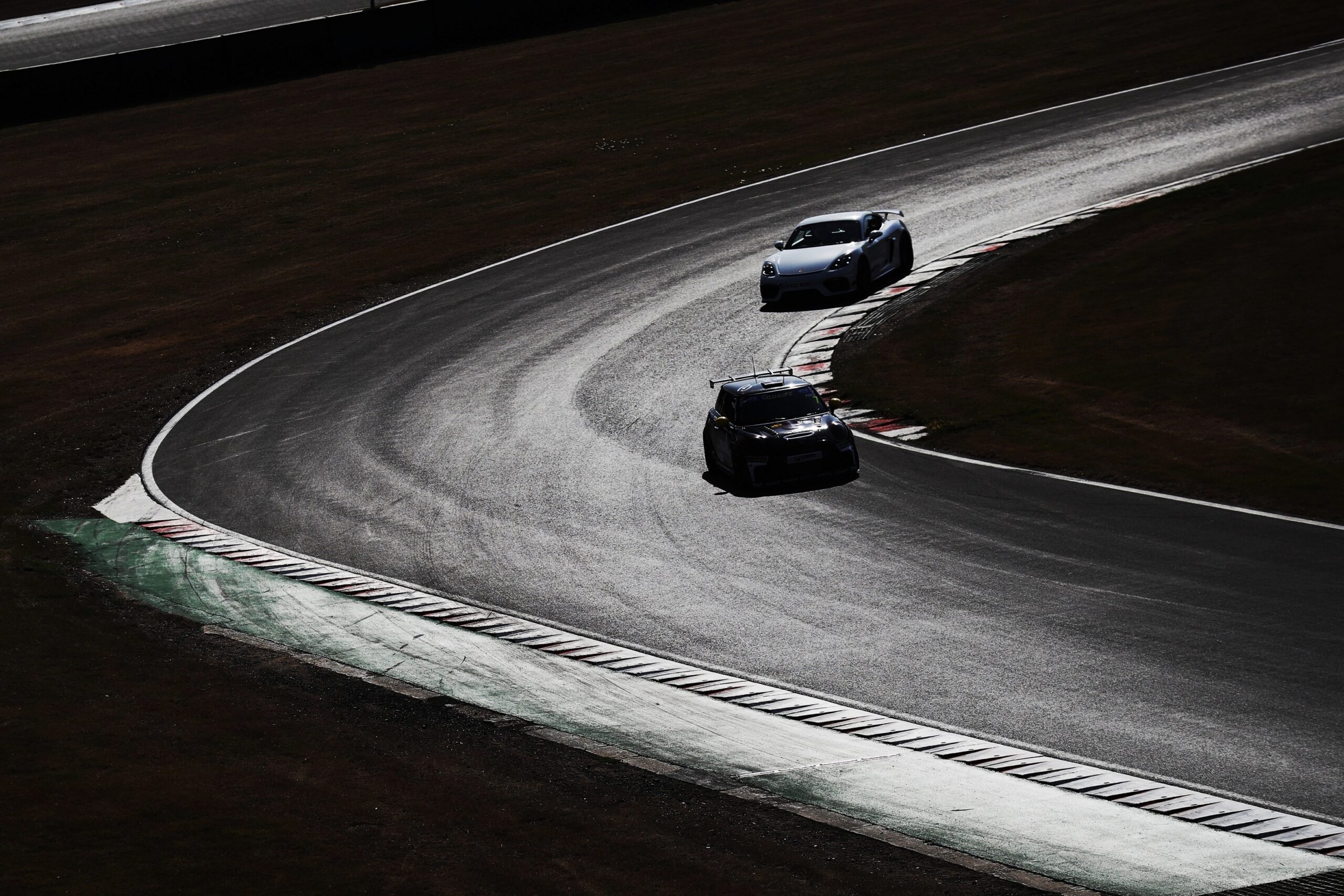 From a legendary venue to another

Most of England’s circuits have a rich history but perhaps Silverstone and Brands Hatch stand out the most. What makes the venue located in Kent County special is that it was the first circuit in England where tarmac was laid down specifically for racing but it’s also a place where greats raced and won such as Stirling Moss, Jim Clark, Jack Brabham, Ayrton Senna, Barry Sheene and Carl Fogarty.

Seven-time Formula 1 World Champion Lewis Hamilton also competed here in Formula Renault 2.0 UK and also raced in British F3. Although he probably has no fond memories of the latter, having collided with his team-mate during his first race weekend and then hit the wall and lost consciousness. He managed to escape serious injury but he still spent a night in hospital and to this day it remains one of the biggest accidents of his career

Another British World Champion, Nigel Mansell has much better memories of Brands Hatch, having won his first Formula One Grand Prix here in 1985 and the last F1 race at the circuit in 1986.

The circuit has retained its old character

Brands Hatch is one of the few circuits that, despite safety improvements, has retained the classic racing character that once made it so popular. Unlike their first visit this year, MINI CHALLENGE will not be using the Indy track, which is less than 2 km long but the 3,916 m Grand Prix track, which is full of downhill sections and fast corner.

‘On weekend didn’t go well when we last visited Brands Hatch but I’ve gained a lot of experience since then. I hope that it won’t rain this time, although in that case the part of the track that is less used won’t be so slippery. In dry conditions it will be the other way round, so we have to be very careful,’ said Geri looking ahead to the weekend.

‘I’m happy that we’ll be using the Grand Prix track because at least it’s a real, proper race track. I tested here earlier in the season and it’s definitely more enjoyable and quicker than the shorter circuit. Of course, there’s more room for error and what makes it particularly difficult is that, like most of the British tracks, the grass starts just behind the white line but here the walls are very close. If you drift a little bit onto the grass at the back of the track and don’t correct immediately, you’re likely to crash your car. It will certainly be easier in qualifying because of the length of the track, so the field won’t be bunched up but it will be difficult to overtake in the race. There are actually two places to try, Druids corner at the start of the lap and then Stirling’s at the end. The rest of the circuit is quite fast and there are smaller braking zones, so it will be very difficult to get near a rival car elsewhere.’

Geri is second in the Rookie Cup with 352 points ahead of teammate Joshua Jackson on 323, while he is 12th out of 30 drivers in the overall standings and with a good showing here, he still has a chance to move up the points standings.