Geri Rácz to compete at the heart of British motorsport 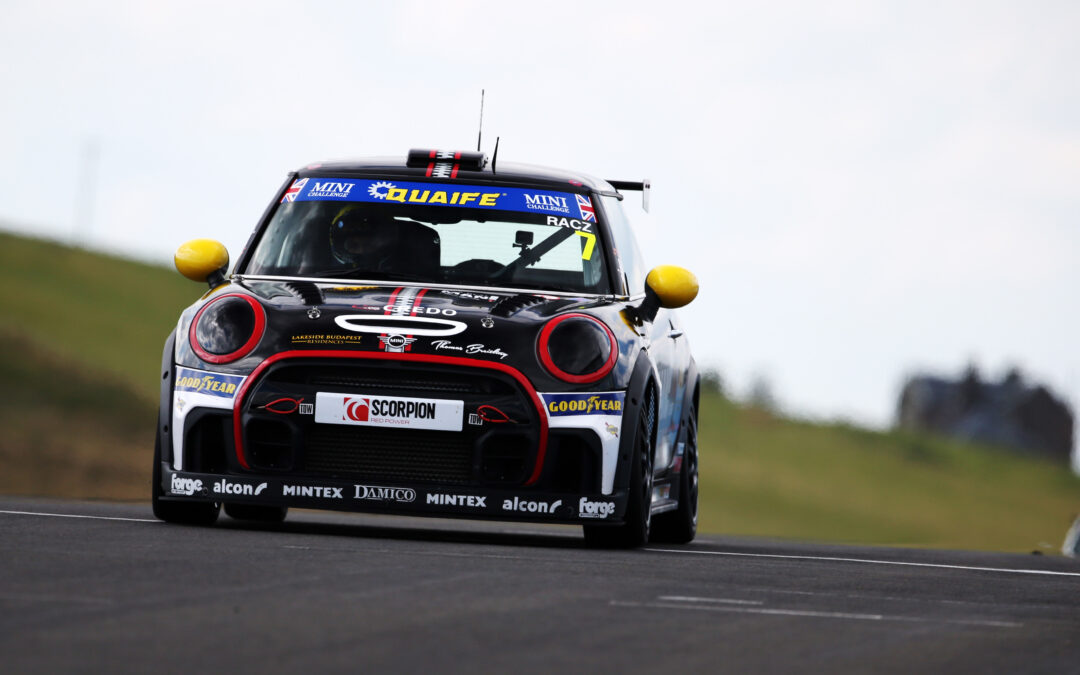 The MINI CHALLENGE JCW 2022 season is about to reach its penultimate round with Geri Rácz hoping for another successful weekend in the heart of British motorsport after his first place in the rookie classification at the previous round.

This weekend Geri Rácz will race in the MINI CHALLENGE JCW in Silverstone, just over 100 km from London at the birthplace of motorsport. The EXCELR8 Motorsport driver is 12th in the overall standings and 3rd in the rookie classification. Geri, who races with the support of HUMDA Academy, achieved his best result of the season so far two rounds ago with a fifth place at Knockhill but he also has reason to be proud of his last race weekend in Snetterton, as he finished as the best rookie in the third race. The 16-year-old will be looking to build on these results at Silverstone.

“If I could achieve a similar result to Knockhill and I could battle around the top five, I would be happy with that. I think the field will be very tight, I see a chance of that happening. I would also like to finish at the top in the rookie standing at least once. I feel that the team is happy with my performance so far and the way I have adapted to the challenges of the new car and new environment this year, and I want to prove that I can keep improving.” 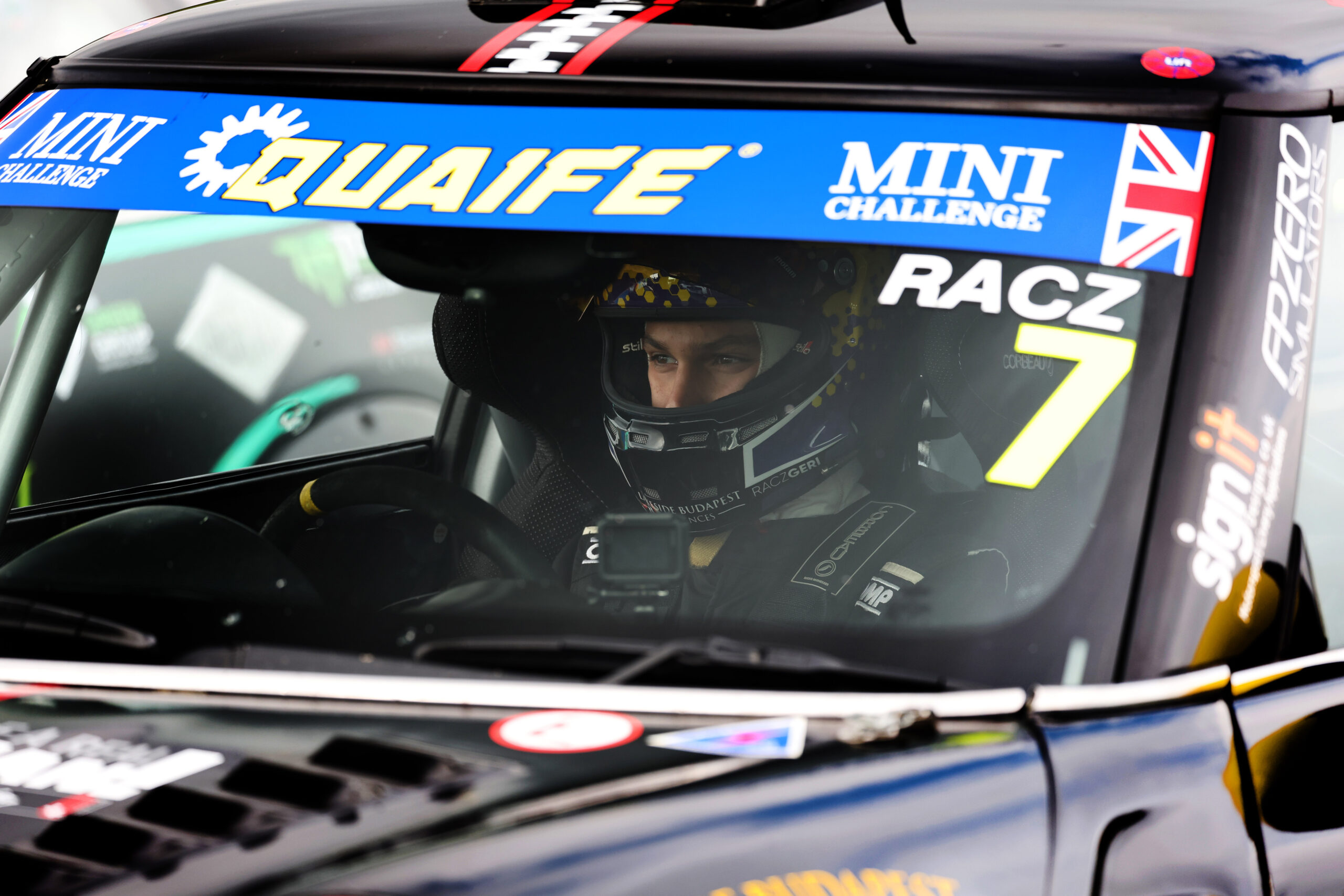 It is not the entire F1 circuit

The first thing that will spring to mind about Silverstone is that it was the venue of the first Formula One World Championship race in 1950 – not least attended by the recently deceased Elizabeth II – but not just F1, but virtually every major racing series from MotoGP to the World Endurance Championship or IndyCar has had a race there.

The British Touring Car Championship (BTCC) have raced at Silverstone every year since 1979, with the exception of 2007, so naturally this year’s calendar was no exception, but the BTCC and its support series – including MINI CHALLENGE – use the much shorter 2.6 km log National circuit, rather than the 5,891 metre Grand Prix circuit, which was rebuilt in 2010.

This means that the start-finish straight and the paddock are in a different location to what has been the norm in F1 since 2011, as the section including the new complex is not part of the National track. Therefore, Geri and his competitors will start from the same place where the premier class did between 1950 and 2010 and, like Nino Farina who won the first F1 race in history in 1950, they will turn into the famous Copse corner for the first time after the start.

Several famous corners will be excluded from the layout, such as Stowe, the Vale and the Club but the drivers will pass through Brooklands and Luffield, in addition to the Copse. They will also take the Maggotts and halfway through the Becketts, but as the National track diverges from the Grand Prix circuit at the latter and the drivers are already braking at the Maggotts, these corners are similar in name only to what they are known from F1 races.

Geri familiarised himself with the track in his home simulator and took part in a test before the race weekend. The track does not present a huge challenge to the drivers from a driving point of view, but promises to make for a more exciting race. “As we are travelling to the centre of motorsport in England, I expect to see even more spectators than usual this weekend, just for the track and the atmosphere. In terms of the racing, I don’t think there will be much difference from what we’ve seen so far. I’m a little sad that we’re not on the Grand Prix circuit which the Formula 1 drivers use but the team and I will definitely be walking around that too. The National circuit is not bad either, but I wouldn’t rank it as one of the most exciting, as it’s completely flat, so there are no elevation changes.”

“From a racing point of view, it’s going to be a good one, because it has two long straights where you can battle it out. If you’re determined enough you can overtake at the Copse corner at the end of the start/finish straight, and you can also try overtaking at Becketts, as well as Brooklands at the end of the Wellington straight. It’s conceivable that there won’t be that much difference between the drivers because there are no particularly difficult corners to shake up the field, so there could be a lot of wheel-to-wheel battles.”

As always, qualifying will be important, as the result there will have an impact on the rest of the weekend but there will also be the opportunity to gain positions on the track, so grid position is not as decisive as in some other venues.